We hope you are faring as well as can be expected during this pandemic. As you may know, the Courts are closed and civil trials have been adjourned until the situation improves. However, we would like you to know that The Latronica Law, P.C., is fully operational and we are 100% committed to our clients. For the safety of our team members, clients and our nation, we are utilizing the internet and our advanced computer system to work remotely until further notice. We will continue to ensure our clients receive our professional attention in all the matters we are handling and we will do our best to get them the compensation they deserve as expeditiously as possible.

Please rest assured that our staff will continue to work full business hours from the safety of their homes. Inevitably, there likely will be delays due to the closure of the Courts and because many insurance carriers are not currently functioning remotely. However, The Latronica Law Firm is committed to doing everything it can to lessen these delays.

Our team will be answering all calls and replying by email just as if we were in the office. We are available to answer all of your questions. Of course, should you have a new matter to discuss with us, we are still available anytime to discuss it.

As our legal work for you continues, we encourage all who can to support those in need. Community-based charity funds, food pantries across the state, and blood donation sites are providing critical services and would benefit greatly from your support.

To all of you, we wish you the best of health and please stay safe. © 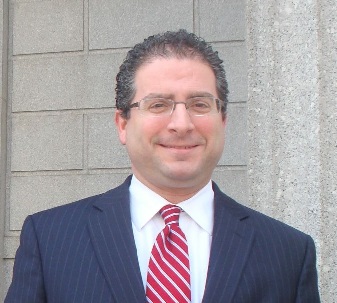 Christian was born and raised in the East New York neighborhood of Brooklyn.  As the youngest son of first generation Italian-Americans, Christian learned at a young age to stand up for his beliefs.  He enjoyed verbally sparring with his older relatives and knew by the age of eight that he was going to be a trial lawyer.  He enjoys the challenge of standing up for the little guy.

Christian’s next experience was in the public sector as an Assistant Corporation Counsel in the Brooklyn Tort Division.  He tried major cases involving horrific injuries against some of the best attorneys in the country.

In 2001, Christian returned to private practice once again representing individuals who have been severely injured through the negligence of others.  He has been recognized by his peers as a Super Lawyer.  The toughness and grit that he learned at a young age have stayed with him through the years as many of his adversaries would attest.